COVID-19 and the Responsibilities of Muslims to Combat This Epidemic

To abide by the government restrictions regarding Covid-19 is not only the social responsibility of the Muslims; rather, it is their religious obligation. Islam is a practical and progressive faith-based system that encourages people to seek medical assistance alongside relying on the power of prayer.

COVID-19 and the Responsibilities of Muslims to Combat This Epidemic

Misfortune of the Muslims

Today, the whole world has become one in the fight against the Coronavirus. Various governments and private institutions are devising new schemes and adopting precautionary measures. Similarly, the central and state governments of India are also forming effective plans to fight the situation. Doctors, nurses, policemen, and other government departments are toiling hard to save people from this deadly disease. But, at the same time, some recent incidents in India have resulted in blaming Islam for the spread of the virus and many have started to target Islam in the prevailing situation.

To obey the government is a Muslim’s religious obligation

Ahmadiyya Muslim Community India expresses its gratitude towards the central and state governments of India that they adopted various precautionary measures to control the spread of the disease and provided various guidelines to people on how to deal with the situation. Being Muslims, it is our religious obligation to obey all the instructions given by the government as guided by the Holy Quran and the Holy Prophetsa of Islam. In the light of Islamic teachings, by obeying the government instructions, a Muslim is not only saving himself from the disease, but he is fulfilling his social responsibility and expressing his affection towards mankind, which is the core of Islamic teachings.

At a time when Muslims had completely forgotten the teachings of Islam, Hazrat Mirza Ghulam Ahmadas laid the foundation of the Ahmadiyya Muslim Jama’at in 1889 to inform the world of the true, pure and pristine spirit of Islamic teachings.

This community was founded with the objective of establishing peace, justice, and high Islamic and moral virtues. As stated by the founder, this community was established to fulfil mainly two objectives. To create a living bond between man and his Creator by granting him complete wisdom of His existence and to develop in man a strong feeling of love and empathy towards his fellow beings. This is the soul of Islamic teachings. Today, by the grace of God, Ahmadiyya Muslim Jama’at, India is representing the true Islam in the world.

Islam’s precautionary measures to deal with an epidemic

Islam is a practical and progressive faith-based system that encourages people to seek medical assistance and precautionary measures in fighting disease, alongside relying on the power of prayer.

The Holy Prophetsa of Islam recognized and preached the importance of travel bans and quarantine in places contaminated with a disease in order to mitigate the spread of illness. He said,

If you hear of an outbreak of plague in a land, do not enter it; and if the plague breaks out in a place while you are in it, do not leave that place. (Sahih Bukhari)

So it is in complete accordance with this teaching that nowadays governments are restricting travels and instructing quarantine.

The Prophet of Islam has also instructed people suffering from any disease to maintain distance from others.

It is reported that a leprous man once wished to pledge his allegiance to him, an act that would require him to touch or hold the Holy Prophet’s hand. Keeping his distance, the Holy Prophetsa kindly sent word to him that his pledge had already been accepted and that he should return home. (Sunan Ibn Majah)

Regarding isolation, the Holy Prophetsa taught that those who are sick should not in any way compromise the community at large. He said,

Do not place a sick patient with a healthy person. (Sahih Bukhari)

This teaching was extended to animals as well, as he said, “The cattle suffering from a disease should not be mixed with healthy cattle. (Sahih Bukhari)

Today, some Muslims find it hard to observe quarantine and social distancing while Prophetsa had declared these to be a Muslim’s religious obligation.

Islam instructs a person to remain clean and declares cleanliness to be a part of faith. A Muslim cleans his hands and nose five times a day through ablution.

Furthermore, while sneezing, the Holy Prophetsa used to cover his face and muffle the sneeze, effectively containing the spread of airborne bacteria and viruses. (Jami’ al-Tirmidhi)

These practices have nowadays become an essential requirement for a person to defend against this contagious disease.

Islam instructs Muslims to seek medical treatment, in addition, to relying on prayers

Along with prayers, Islam has always instructed us to use medicines for treating a disease.

The Holy Prophetsa also clarified that seeking medical assistance coupled with the divine intervention was the key to successful treatment, as he said:

Every disease has a cure. If a cure is applied to the disease, it is relieved by the permission of Allah the Almighty. (Sahih Muslim)

Islam instructs to show kindness towards mankind; especially during epidemics

Free medical care and financial assistance during a pandemic are crucial in successfully controlling the spread of illness. Islam instructs Muslims to serve mankind regardless of their religion and beliefs and to help those affected in such crucial times.

It is reported that Hazrat Umarra once came across a group of Christians afflicted with leprosy. He immediately ordered that financial and medical assistance be provided to them.

These are the golden teachings of Islam which are in complete accordance with human instinct. Prophetsa has instructed to adopt all precautionary measures and medical assistance which are necessary in case of contagious diseases. The Ahmadiyya Muslim Community is actively following all these guidelines as prescribed by Islam during this outbreak of COVID-19.

But today, some Muslims, as a result of forgetting the true teachings of Islam, are unaware of their religious and social responsibilities.

Ahmadiyya Muslim Community, India totally abides by the teachings of Islam. Obedience to government instructions is a distinctive characteristic of this community.

On 27 March 2020, the worldwide Head of the Ahmadiyya Muslim Jama’at, through his special message, instructed Ahmadi Muslims residing in 213 countries around the world that it is the responsibility of all Ahmadis to obey the government restrictions of their respective nations.

He stressed that every Ahmadi should observe the daily prayers and Friday prayers in their homes with their families if religious gatherings are restricted by the authorities. He also instructed them to remain in their homes obeying the government orders and to use this time to increase their knowledge. He also instructed his followers to focus more on prayers during this time.

Ahmadis are at the front in obeying the lockdown rules:

Government instructions are fully implemented in Qadian, which is the national headquarters of the Ahmadiyya Muslim Jama’at India. Ahmadi Muslims are observing their prayers in their homes. A senior police officer of this district told the Media, “Qadian is number one in this district in obeying the rules of the lockdown”. Not just Qadian, Ahmadi Muslims all over India have valued the instructions of the government. A senior police officer of Kulgam Kashmir had this to say at the funeral of an Ahmadi Muslim, “This community has systematically obeyed all instructions of lockdown. I did not have to give any instructions to them, instead, they themselves did everything in a well-organised manner.”

As per the instruction of our worldwide leader, some preventive Homoeopathic medicines had been distributed all over India, to at least 50,000 people within the initial stage when this disease had not spread much in this country.

Moreover, in association with health departments, Ahmadiyya Muslim Jama’at has tried to create awareness regarding the disease in about 15 different regions. We have distributed masks and sanitizers to about 2000 people living in rural areas. After the announcement of the lockdown, the volunteers of the community have distributed rations and essentials to above 15000 families of daily wagers after acquiring permission from concerned departments. We have also been able to provide food to above 40,000 people.

Our volunteers are still working tirelessly to help the poor in this crucial time.

Today, it is essential that we pray to God more and more and obey all instructions from the government in this regard. We should together try to fight this crisis. May God save the world from this deadly disease. Amin. 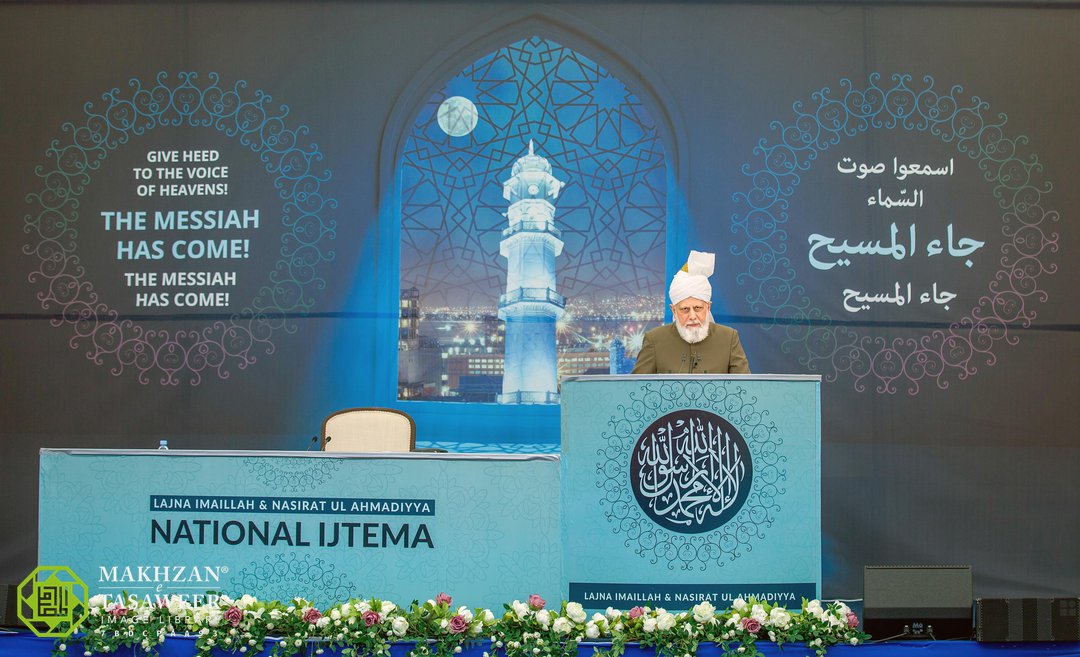 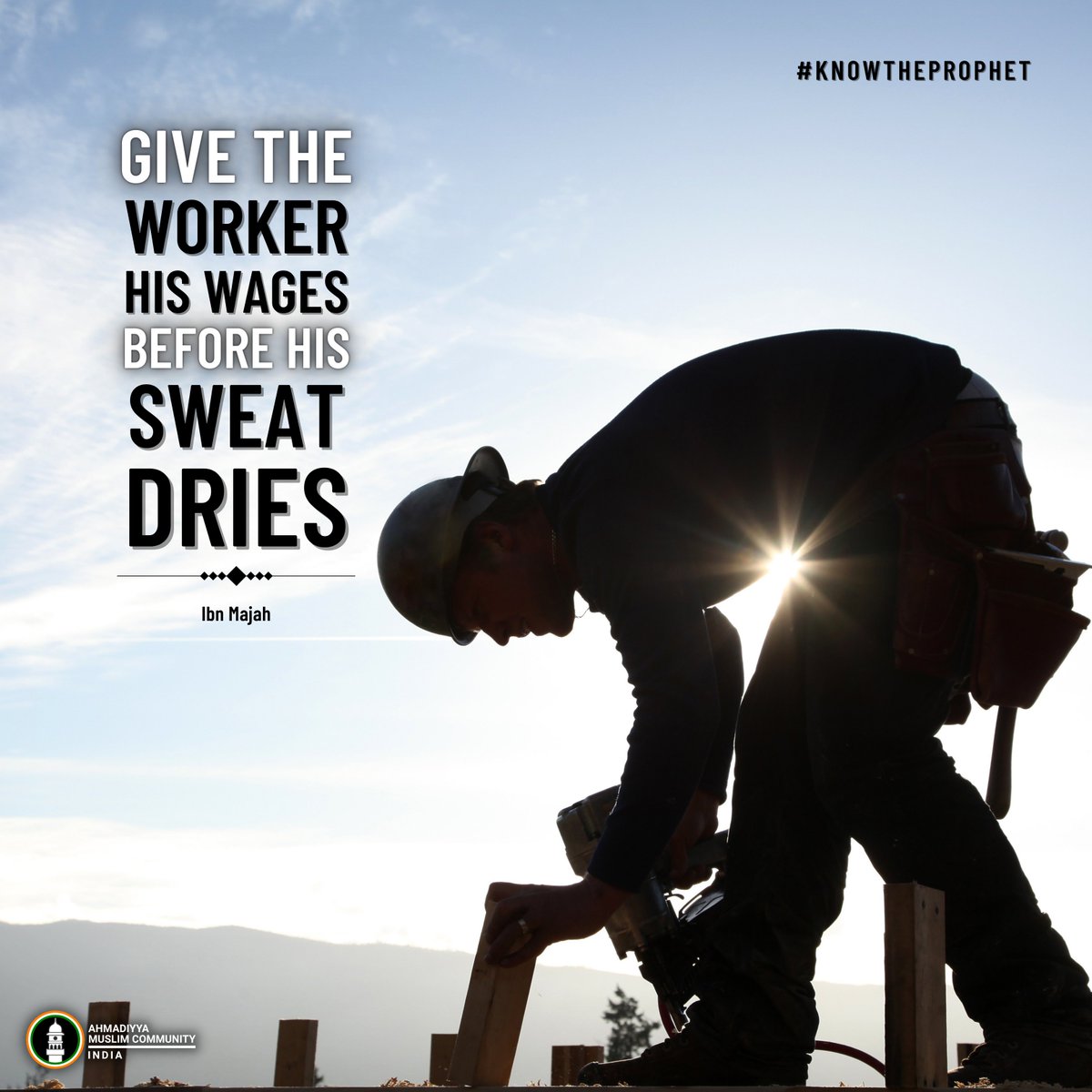 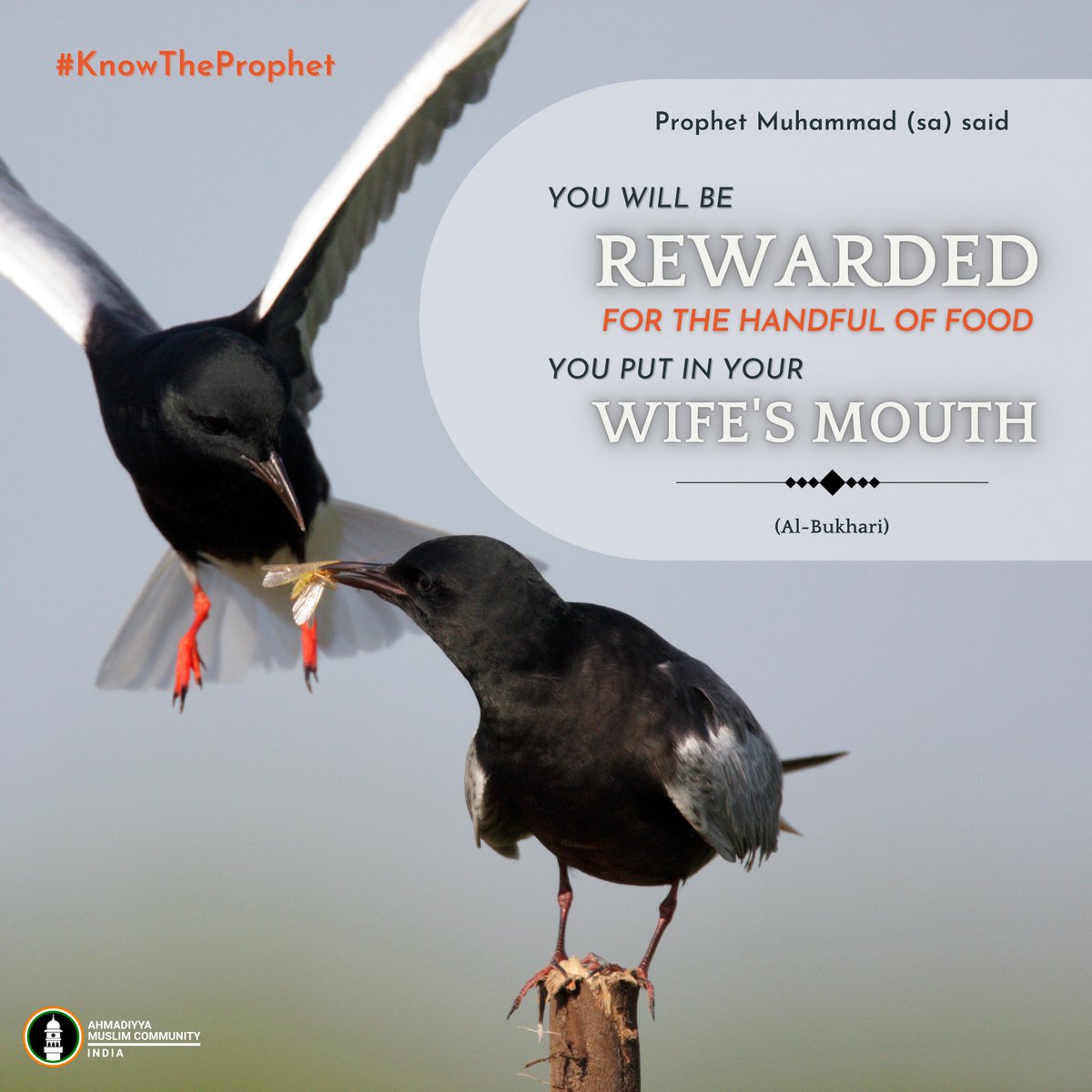