Respect for All Religious Founders Is the Key to Universal Peace

It has become a common practice to insult and disregard religious founders of different faiths. Although such actions disrupt peace in the society, such practices are still justified in the name of freedom of speech.

Respect for All Religious Founders Is the Key to Universal Peace

It has become a common practice to insult and disregard religious founders of different faiths. Although such actions disrupt peace in the society, such practices are still justified in the name of freedom of speech.

The light of guidance illuminated by God Almighty through His Messengers (peace and blessings be upon them) for the moral and spiritual evolution of mankind was initiated by the advent of Prophet Adamas and was culminated in the person of the Holy Prophetsa. Likewise, the spiritual teachings, which were developed and nourished by the efforts of one hundred twenty four thousand prophets were completed and reached its zenith with this proclamation of the Holy Quran:

This day have I perfected your religion and completed My favour upon you and have chosen for you Islam as Religion.[1]

The Holy Quran teaches to respect and honour the spiritual teachings brought by the prophets of God and instructs Muslims to believe in them. Allah says:

This Messenger of Ours believes in that which has been revealed to him from his Lord, and so do the believers, all of them believe in Allah, and in His Angels, and in His Books and in His messengers saying,_ We make no distinction between any of His messengers_ (and we held them with high esteem).[2]

Hence, it is necessary to adopt this golden principle of the Holy Quran which is the sole guarantor of peace and harmony in the world. Unfortunately, some people think that the seers, saints and messengers only within their religion are from God. They not only refuse to believe the messengers of other religions to be Divinely appointed but also consider them as liars.

Nowadays it has become a common practice to dishonor and disregard the founders and leaders of different religions. Sometimes, insulting remarks are made against the revered figures and leaders of the Hindu religion while sometimes, Prophet Jesusas is made a target to abuses. Sometimes, sacrilegious pictures of pious Sikh Gurus are drawn while sometimes, insulting cartoons of the Holy Prophet Muhammadsa are made and blasphemous articles are written to malign him. All these actions though destroy the peaceful atmosphere of the society, such practices are still tried to be justified in the name of freedom of speech.

Islam has not only instructed Muslims to not insult the holy personages of different religions but has attested to their truthfulness and made it obligatory upon its followers to acknowledge their truthfulness. It is said in the Holy Quran,

There is no people to whom a Warner has not been sent.[3]

If all the people in the world accept this teaching of the Holy Quran that God has sent His messengers in every nation then it would be impossible for anyone, be he/she of any faith, to revile the prophets and holy personages of other religions.

Unfortunately, some Muslims have their view today that they can only believe in those prophets whose names have been mentioned in the Holy Quran and not others. However, the Holy Quran clearly declares:

Further elaborating this teaching, the reformer of the age, the Promised Messiahas states:

A few days before his demise in May 1908, the Promised Messiahas wrote a lecture titled Paigham-e-Sulh (A Message of Peace) to respect and honour religious founders and to establish peace in India. This was read over after his demise on June 21, 1908, in a big gathering at Lahore presided by Justice Rai Bahadur Partul Chandar Judge of Chief Court. This was later published as a book and was translated into many world languages. The Promised Messiahas says in this epoch-making book:

O Dear Ones! Age-old experience and repeated trials have established, without question, that to insult and abuse the Prophets and Messengers of different countries and peoples is such a deadly poison which not only destroys the body but also kills the soul, thereby ruining the worldly prospects as well as the spiritual. A country whose inhabitants are always after finding faults in the leaders of others, and constantly assassinate their characters, can never rest in peace themselves. Such people can never achieve true unity who, individually or mutually, refer to each other’s Prophets or saints or divines with malice or foul language. Who would not be outraged at the insults hurled at their Prophet or leader?[6]

The ultimate sincerity of heart, worthy of being called sincerity, can only be achieved if you genuinely change your attitude towards the Vedas and the Vedic Rishis by accepting them to be from God. Likewise, the Hindus should also change their niggardly attitude by testifying to the truth of our beloved Holy Prophet (may peace and blessings of Allah be upon him). Remember, and remember it well, that this is the only principle which can establish a genuine truce between you and the Hindus and this is the only water which can wash away all malice embittering your relationship.[7]

When this magnificent lecture of the founder of the Ahmadiyya Muslim Community was heard by the intellectuals of the country, they could not help but acclaim and praise the message. Various newspapers of that time published their remarks.

The magnificent strength and the highest level of sympathy demonstrated by the saintly person of Qadian in his last message of peace, indeed proves him to be a great man in a distinguished manner… This kind of appeal from a great person like him should not be wasted. And every Indian patriot should try to make it a point to practice the proposed peace.[8]

Frontier Mail published the following statement of Mr. Brahamdutt of Dehradun in its issue published on December 22, 1948:

Forty years ago, that is, at the time when Mahatma Gandhi did not appear on the political horizon of India, Mirza Ghulam Ahmad had proclaimed to be the Promised Messiah in 1891 and presented his suggestions in the form of a book “Paigham-e-Sulah” (A Message of Peace), and by practicing them, unity, amity, love and understanding may develop between various communities. He had a keen desire to create the spirit of tolerance, brotherhood and love between people. Undoubtedly, his personality is praiseworthy and deserves commendation as he could visualize through the intense curtain of the distant future and guided the people towards the right path.[9]

The Promised Messiahas also taught that the leaders of each religion should try to present the positive qualities of their faiths in their writings and lectures, instead of finding flaws and vices in other religions. For this reason, Hazrat Mirza Bashiruddin Mahmood Ahmadra, the second successor of the Promised Messiahas, started conducting All Religions Conference from the year 1928. Since then, the Worldwide Ahmadiyya Muslim community conducts All Religions Conferences every year and everywhere to respect and honour the founders of all religions.

On this common platform, leaders and scholars of various religions present the good principles and moral teachings of their religions and the pure life and impeccable personalities of their founders. It appears as if a bouquet with flowers of different hues and colours is decorated on a single stage.

Now the present Khalifa of the community, Hazrat Mirza Masroor Ahmadaa has carried these golden teachings of the Quran to the higher forums of Europe and America. These valuable thoughts of his Holiness are well-demonstrated in his book, World Crisis and the Pathway to Peace. This book needs to be read and practised to establish peace in the world.

May God give us the understanding that we all respect and honour each other’s religious founders, so that our country, and the world at large become a cradle of peace and harmony and we may achieve true happiness and prosperity. 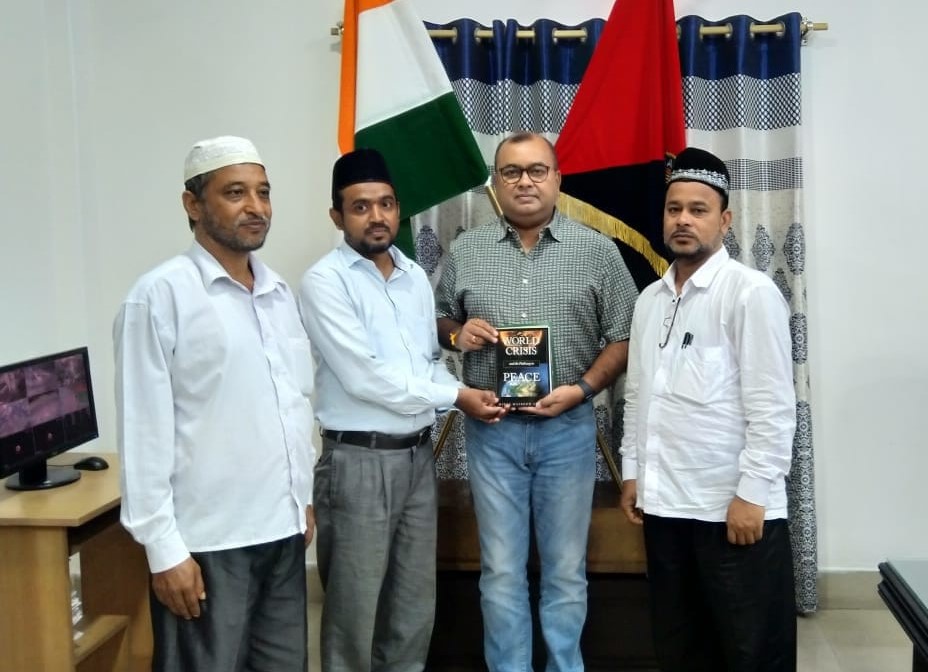 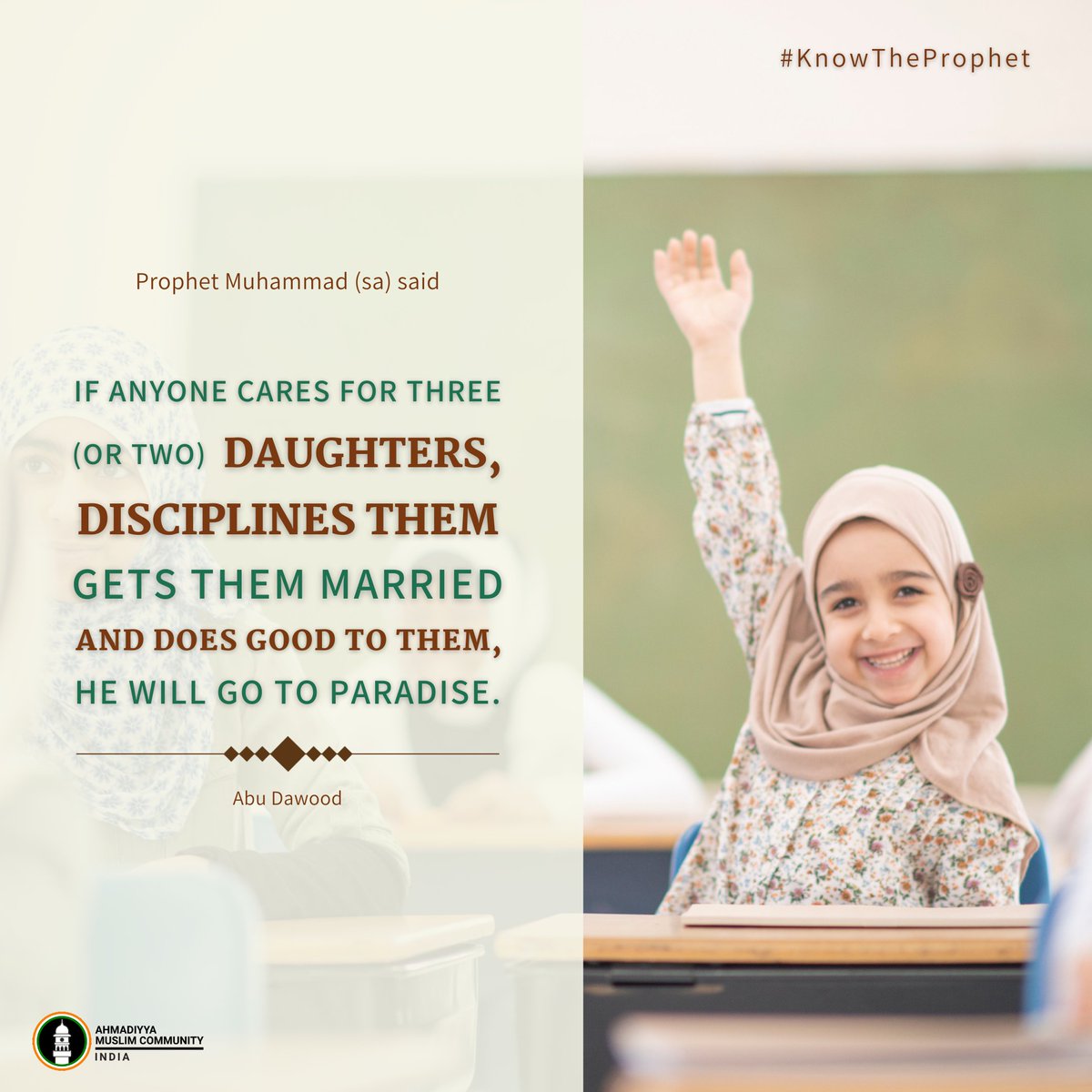 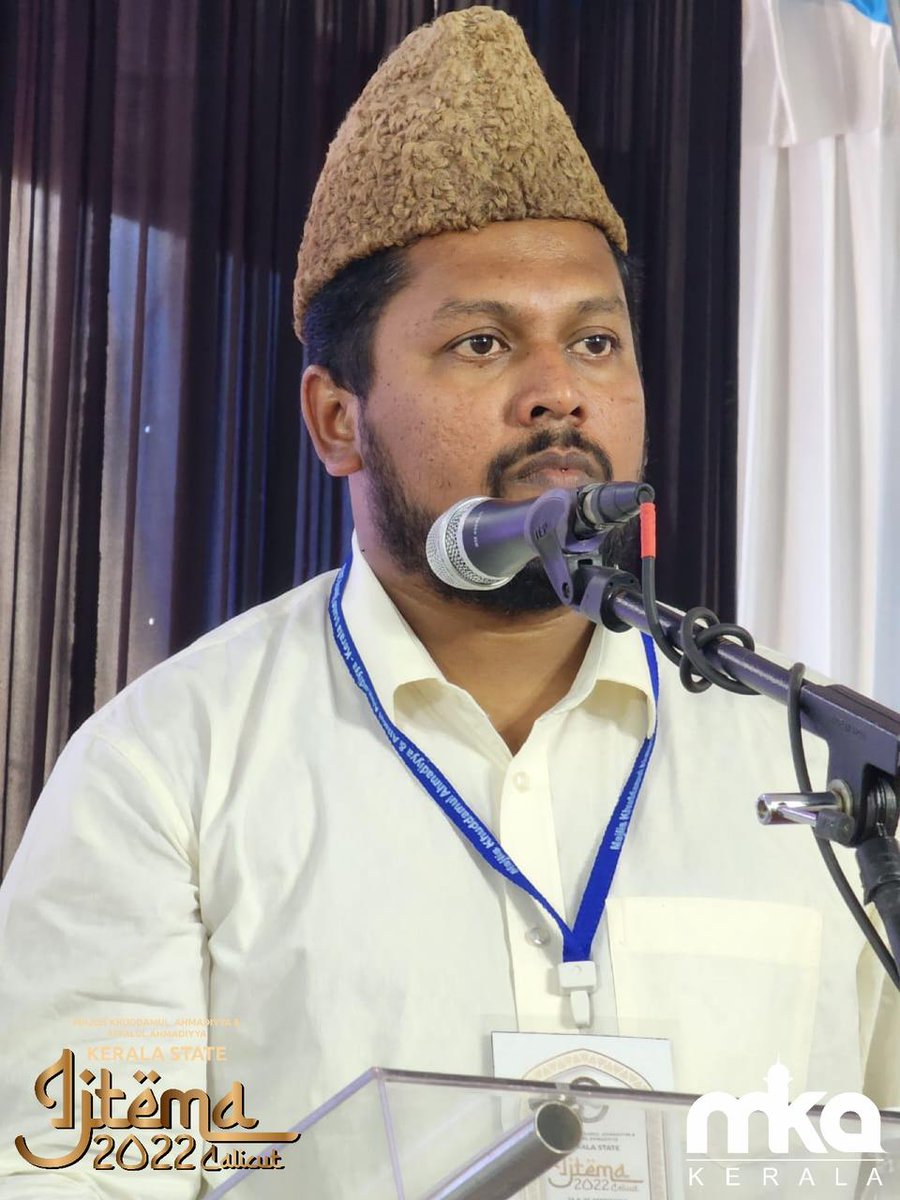