What Is Causing Spikes in Divorces and Marital Issues?

The cases of divorce are increasing owing to the prevalence of domestic issues. The Worldwide Head of the Ahmadiyya Muslim Community lays down guiding principles to curb the problem.

At the end of the meeting, there was an opportunity for questions and answers. One of the attendees put forth a question in regard to the increasing domestic issues among Ahmadis, which are causing marriages to break-up, even though the department of Rishta Nata (matrimonial affairs), Islahi Committee, Umoor-e-Ama and the departmentof Tarbiyyat (departments working under the administration of the Ahmadiyya Muslim Community to encourage the members to uplift their moral and spiritual growth) are working to resolve problems. Pointing out the root causes behind the issue, His Holiness provided a very insightful answer to the question.

The fact is that this is not a problem which only you are facing. In actuality, the entire world is confronted with this issue. If you carefully listen to my Friday sermons and various addresses, especially the addresses to Lajna Imaillah (Ahmadiyya Muslim Women’s Association), I often speak on these topics. I also address Khuddam-ul-Ahmadiyya (Ahmadiyya Muslim Youth Association) and Ansarullah regarding this issue.

The cause of many divorces is the fact that materialism and worldliness have taken root, whilst patience and forbearance are being discarded. Mistakes and faults are made by both the men and the women. Though they pledge to give precedence to their faith over the world, they do not heed the saying of the Holy Prophetsa that when finding suitable matrimonial matches, they should always give precedence to faith over materialism, physical beauty and wealth[1]. If they were to keep this in mind, then there would be less problems.

The influence of materialism is impacting our Ahmadi society too. Hence, the Islahi Committee, Secretary Tarbiyyat of the Jama’at, Secretary Tarbiyyat Lajna, Mohtamim Tarbiyyat Khuddam-ul-Ahmadiyya and Qaid Tarbiyyat Ansarullah should work together and focus on the moral training of their respective members.

They should draw attention to the fact that despite pledging to give precedence to faith over all worldly things, yet people do not act upon this pledge and break it.

I have observed that worldly desires are increasing and patience and forbearance are declining within women and men. Given this fact, it would be wrong to say that the reason a marriage broke up is that it was an arranged marriage and was an incompatible match. This objection is often raised against Islam as well.

The fact is that the [cases of divorce] are generally increasing in the world. Since this leaves its impact upon the Ahmadi society as well, we are also confronted with these problems. And hence, there is this issue of marriages taking place and later breaking up.

Another major problem is the prevalence of domestic issues as a result of which, girls fail to find suitable husbands. For this, the boys should be given proper moral training. The Ansar should ensure for the moral training of their sons and the Khuddam should guide their brothers, reminding them of the Prophetic advice that precedence should be given to the aspect of faith [while choosing spouse].

Likewise, the Lajna too should ensure for the proper moral training of the girls and the girls themselves should remain firm upon the principles of the faith. If this is done, then those marriages, which are settled in this manner, will prosper. This is what we witness in reality. On the contrary, those who marry giving precedence to worldly aspects often face issues.

Nevertheless, this is a lengthy and continuous process. The relevant Tarbiyyati and Islahi departments should continue their efforts in this regard. But, these issues should not be left to the Jama’at administration alone, instead, the Ansar ought to work on this issue in their homes. In fact, the Ansar should be trained to carry out the moral training of their children in their homes.

Indeed, there can still be odd cases where despite moral training, girls are treated unjustly. Or in some cases, as I have seen, the boys are treated unfairly. Such cases also come to light where girls get married abroad and when they come here [outside of the subontinent], they say that they do not wish to continue with the marriage. Hence, they break off their marriages as their only intention was to somehow travel abroad.

Hence, all these matters should be taken into account. Keeping these facts in view, the relevant Islahi and Tarbiyyati departments should come up with solutions. But at the same time, the most important thing is to improve the atmosphere inside the homes and to instil these principles at home.

As for those marriages in which the boy or the girl comes over from Pakistan, one should think about the proposal carefully and should not make decisions in haste. Moreover, one should pray to God for guidance as Allah has commanded that one should pray before setting a marriage.

Indeed, there can be issues [despite this], but they will be few and far between. But if we make a concerted effort, these issues can be eliminated.

Every community have issues but corrective measures are rarely suggested It’s for all of us to follow this advice of Huzur to minimise matrimonial issues.

Muharram: Is Self-Torture the True Expression of Love? 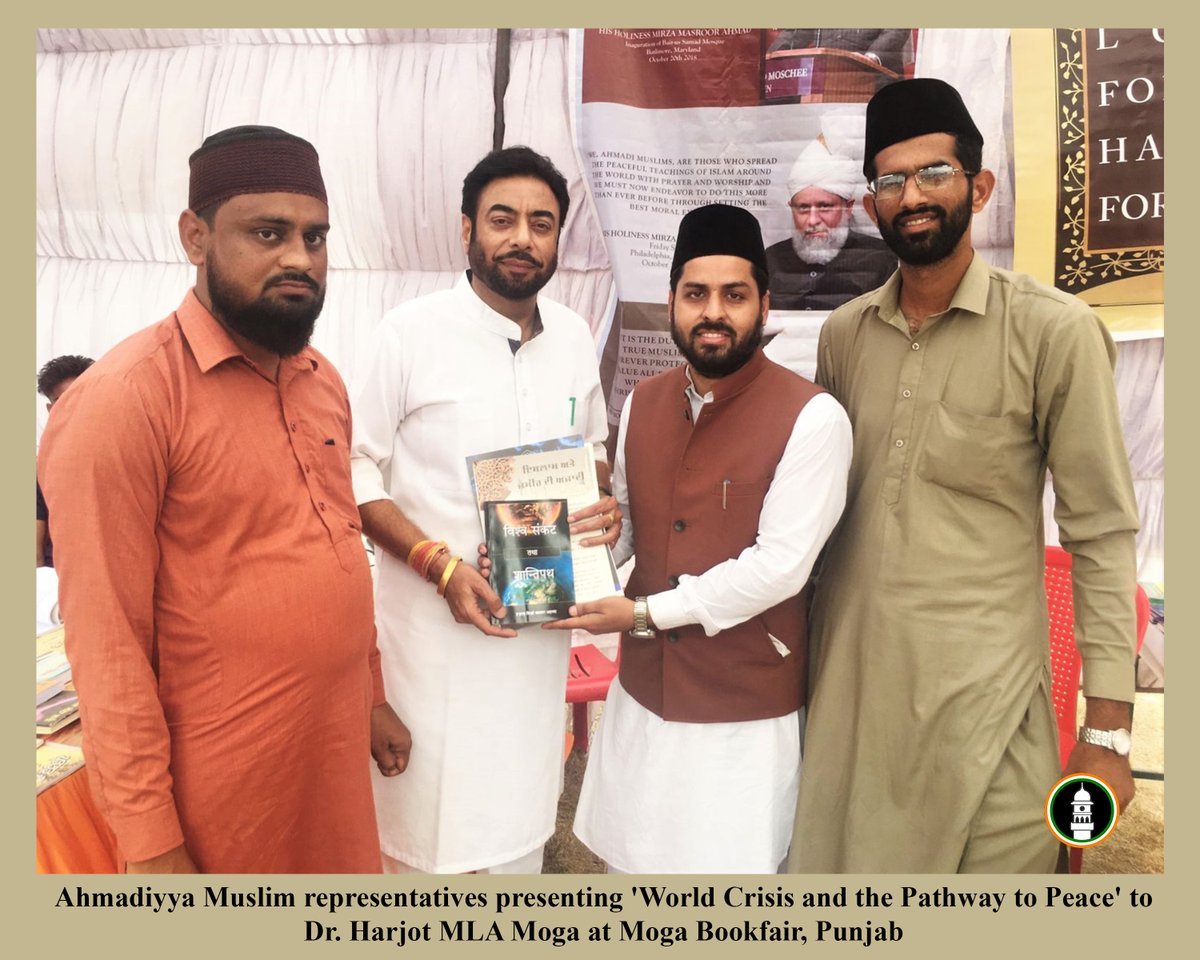